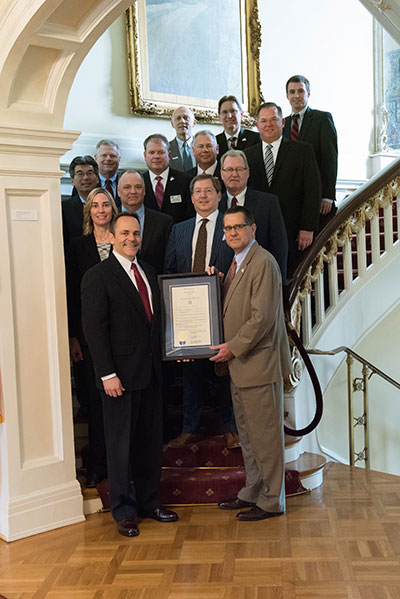 This bipartisan group of lawmakers has pledged to collaborate with automotive manufacturers and the Kentucky Automotive Industry Association (KAIA) on key issues in the coming years, including workforce training, business-friendly tax policies, technology development and more.

“When it comes to Kentucky’s automotive manufacturing industry, political party labels don’t apply,” said caucus co-chair Rep. Jim DeCesare of Bowling Green. “This is an industry that employs tens of thousands of Kentuckians and makes products known all over the world. We want to work with these manufacturers to ensure the industry’s ongoing success.”

“Automotive manufacturing is Kentucky’s largest manufacturing industry, and because of our central location, low energy costs, and outstanding workforce, our state is well-positioned to continue its record of success in building the cars and trucks the world wants to buy,” said caucus co-chair Speaker Pro Tem Jody Richards of Bowling Green. “In order to keep Kentucky at the forefront of auto manufacturing, we must work together to ensure these businesses have what they need to maintain that momentum.”

As the state’s largest manufacturing sector, automotive manufacturers are keenly interested in developing the next generation of manufacturing workers, and are anxious to work alongside lawmakers, educators and others to develop manufacturing career paths for young Kentuckians. The average wage of an auto manufacturing worker is more than $58,000, and many of those jobs do not require a four-year college degree.

Over the last five years, about 340 auto manufacturing businesses have announced new locations or expansions in the state, representing 20,000 new jobs and nearly $4.5 billion in new capital investments. The Kentucky Cabinet for Economic Development reported the industry added jobs and new businesses.

Members of the Automotive Caucus include: